Welcome to our interview with Harrison Young.

Harrison is a 15-year-old singer/songwriter multi-instrumentalist based in Edinburgh. Harrison got the bug to make music his career from the early age of 12 since then he has been pursuing his dream to cut himself a career in the music industry. Undaunted by extreme competition as an independent artist, Harrison is known to go busking and play private gigs to finance his music career. 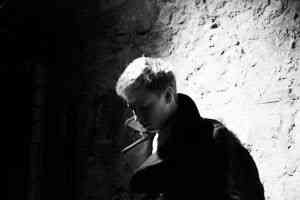 Harrison’s dedication to his music is now starting to pay off, reinvesting his hard-earned money to fund his own studio time and video shoot for the release of his first official commercial single “Fall For You” Available on Itunes Sat-16th March 2013. Along with his video featuring the song will also go live on YouTube the same day.

Harrison is also planning to record a series of live acoustic covers over the coming months to supplement his studio work. From my perspective talking with Harrison, he most certainly as a good head on his shoulders and well worth watching out for in the future as he develops into an established artist and continues to release his music to the world.

Tell me about Harrison Young’s music, Your fifteen years old so at what age did you get the bug to start performing, write your first song and want to make music your career.

Well, I started playing the piano when I was very young and always retained an interest in it, my Dad always surrounded me with very good music, so I grew up on stuff like The Beatles, Travis, ELO, and Coldplay!

I first really remember performing when I was 8 or 9 in a year group talent show and when I was 12, I played guitar in a school rock band, and really my love first came from there!

I wrote my first song about a year after picking up a guitar!
When you first get a guitar it’s all a process, you learn a few chords and songs then you eventually want to start trying to write your own, so I did! Since then I have never looked back!

I first joined an acoustic group when I was 13 with an older friend but we never really made it very far! After that I just kept my stuff to myself, so I could focus on honing it before I went off by myself, and then in October 2012, I decided to go for it, and I haven’t looked back since!

You released a single a few weeks ago,  ”When I’m Down,” Tell me about the story behind that track, What’s the inspiration for the lyrics to this song?

The first words to the song just popped into my head one day ‘ “when I’m down, my music turns it around.” Music can be a very uplifting thing, and then the lyrics sort of flowed from there! I didn’t actually get the words for the chorus until I was in the studio recording it because I couldn’t find anything I was happy with.

So I was literally making them up in the studio! To me, the song as a whole is about whatever the listener wants it to be about!

Your first official video, you are releasing on the 16th of March! Is that now ready to go, are you happy with the results of your video shoot?

Yeah, it’s all finished and even uploaded onto YouTube we are just waiting for the song to go live on Itunes now! I mean yeah it’s all a learning process I wish I would have gotten out of my bed a bit earlier that day haha! I think the video is good, and hopefully, I can always be improving! However, for my first ever shoot I’m definitely pleased!

You raise the majority of your money and reinvest it back into your development from Busking. That shows a lot of dedications to your craft. Tell me is busking some on going weekend thing for you or just something you do when you need to raise money?

Its kind of sometimes I get the bug and I’ll busk, particularly, in the longer school holidays, however! If I haven’t got any money saved up, and my parents don’t feel that they are in a position to contribute to my next musical step, then I’m straight on the street just trying to raise the money that way! Although I have been known to do a few hours to raise some money for a night out before too!

Searching around on YouTube for covers you have done resulted in none found, Is it your choice not to do cover songs or have you not got around to that side of things yet? I know doing covers is not an original thing. However, it can be a way to get more exposure. So can your fans expect any in the future or it something you are ruling out altogether.

I think whenever I do something I try to do it as well as possible, it’s not been a conscious decision of ‘no; I’m not going to do any covers’ it’s more been a case of; I don’t have a good microphone, and I wouldn’t want to put anything out; I’m not 100% happy with. Although I’m planning on doing a few live covers over April – May so my fans can definitely expect some to come in the future!

Yes, so far I do everything myself! To me, I think if you’re actively searching for a Manager you’re doing something wrong I think they need to find you and want you to succeed and believe in you! My parents have both been fantastic so far, especially my dad he’s contributed with support, advice, and help all the way through!  However, I think they both just want me to get my exams at the moment haha!

So what’s in the pipeline for Harrison Young in the reat of 2013?

Well obviously releasing the video this Saturday is my first big step! I’m playing some covers over April and May and then back in the studio at the end of June to record hopefully my debut ‘EP’ there will be a video to come with the lead single of that as well!

Gigging is a good way to gain experience and raise money, are you open to private gigs such as weddings; fan parties talent shows that sort of thing.

Completely, my view is, If I’m able, and I’ve got my guitar I’ll play anytime anywhere for anybody it’s all a learning experience and gigging it’s just a fantastic experience regardless of where it is!

Okay Harrison nice chatting with you, One more thing before we fold.

Tell us about a few of your fav things,

what’s the first thing you do when you wake up in the morning?
Do my Hair haha!

Favorite drink?
Coke without a doubt easily goes through 5/6 cans a day. You know that bad for your teeth, right?

Song?
It changes daily but if I had to pick the best song ever I would say There She Goes – The La’s

Band, solo artist?
The list for this one could go on and on! it’s so hard to pick one but I think if I have to it would be a toss-up between the Stone Roses and Oasis.

The place you go when you need to relax.
Hanam’s in Edinburgh quality place just to kickback.

Instrument?
Definitely Guitar! I just always have one in my hands!

Harrison Young ‘When I’m Down’ Lyrics

The more you learn, the less you know
The people you meet, the places you go
The times will change and pass you by
A moment lost as times gone by
As I walk I find a way through
Cause we know at the end of it all
I’ll be waiting right here for you

And before you know it,
Life has passed you by
A moment gone
In the blink of an eye
You made your choice
Yeah you ran and you hid
And now its time
To accept all things you did

The more you learn, the less you know
The people you meet, the places you go
The times will change and pass you by
A moment lost as times gone by
As I walk I find a way through
Cause we know at the end of it all
I’ll be waiting right here for you