I Got to Ask Emily Katter A Few Questions About Who Influences Her The Most In The Music Industry? 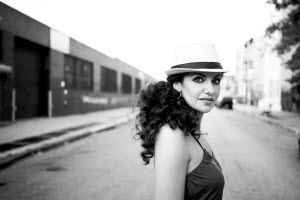 But First -Who is Emily Katter?

Emily Katter is a pop singer-songwriter with a crowd-pleasing style in the vein of Natasha Bedingfield, Jessie J, and Robyn. Her debut EP “Shining Now” is produced by ROBOPOP’s Dan Omelio, who co-wrote and produced Maroon 5’s chart-topping “Payphone,” Gym Class Heroes’ hits “Stereo Hearts” and “Ass Back Home,” and produced Lana Del Ray’s “Videogames.” As with many of Omelio’s hits, Emily’s music resonates with touches of soul, dance, and R&B.

This Is What She Told Me… About Her Musical And Performance Background.

Adele had been a huge influence for her over the past year and half. Her songs are so real, and she puts her voice and soul out on the table while staying true to herself and not letting anything or anyone change her.

There are singers out there who are blessed with a talent to sing. So we are always intrigued to know if the artists we feature on Jabberdi are naturally talented singers or vocal training was a big part of their lives.

When we asked the question if she ever needed to take singing lessons or was a naturally talented singer.

I have taken vocal lessons off and on for most of my life. I also studied voice classically while attending Syracuse University.  Currently, I work with the renowned Gordon Grody, who has also trained Lady Gaga and Alicia Keys!

With the help of coaches like Gordon Grody,  Emily crafted the sweet and infectious style she records today. Emily also has a publishing deal in place with Fieldhouse Music, part of BMG Chrysalis.

Emily Katter’s first performance in front of a live audience was when she was just six years old and was in the play, Annie. It was the first of three times she appeared in that play! It was also when she first realized how good it felt to be on stage and be able to take the audience to a different place.

I also wanted to know how she got her big break into the music industry?

I studied Music Industry in College, and my first job was at Cherry Lane Music Publishing where I met a lot of people and made a lot of industry contacts.

Catchy lyrics and chart-topping number “1” songs can catapult anyone to the top of their career. So we wanted to know what inspires Emily the most to write the words for a song.

When writing lyrics for a song I like to come up with a concept that I am trying to get across first. Then I think of metaphors and different situations that describe the feeling/concept that I’m trying to describe. Looking back on the lyrics to the songs on my EP, I see that many of my lyrics come from my surroundings and elements of nature.

So what can Emily Katter fans expect from her in the future? We asked if she was working on any albums, new singles, or touring in 2013?

I just released my debut EP entitled Shining Now in October 2012. Also, two of my songs will be featured on a compilation album produced by Blanco y Negro Music in Spain, coming out soon, which I am really excited about. I am also in the midst of planning some tour dates in the U.S. and would love to perform abroad soon!

There is quite a lot of excitement around Emily Katter right now, Industry insiders are already catching on. Billboard magazine named Emily to its “Next Big Sound” chart in June 2012 and respected Grammy.com music blogger Arjan (Arjanwrites.com) called her debut single “Heart Explosion” “lush, soulful” and “accomplished.” The dance-floor-ready single features a street-smart cameo by rapper Hybrid Infamous. Hear it here: emilykatter.com/music