Hi, Melanie Wehbe Fans, We Have An Interview For You Enjoy…

Melanie uploaded her first video to 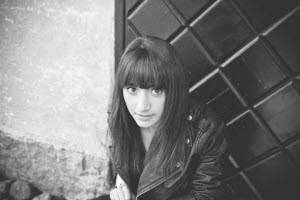 A testament to Melanie’s talent as an artist and individual uniqueness is her cover of  “Payphone – Maroon 5 feat. Wiz Khalifa” Uploaded on 16 Apr 2012. Melanie received 209,035 views in just three short months and earned the praise of  Maroon-5 guitarist James Valentine. One of the greatest compliments any other talented artist can receive for a cover, is the praise of one of the original artists. James Valentine from Maroon 5 did not hesitate to share Melanie’s cover of Payphone on his own FB – Page.

I know how much Melanie’s fans mean to her so I asked if she would kindly answer ten questions her fans and future fans might want to know about her. I would like to thank Melanie for taking the time out of her busy schedule to answer them.
1: You have a good command of your guitar, did you teach yourself or take guitar lessons at a young age.

Growing up in a musical family made me try different instruments, for example the violin..but that didn’t go so well haha..My brother is a musician, and when I was 14 I looked at him and said “I wanna play the guitar” and he answered me “then do it” so it lead to my mom and dad buying me my first guitar and after that I kept practicing every day by myself!

I know your grandmother, was the inspiration behind your musical talents, What age did you start singing and came to the conclusion you wanted music and entertainment to be your career path.

Music has always been a part of me, just like I need air to breath I need to write music and perform to survive and be happy. I’ve been singing since childhood but I wrote my first song and performed for a real audience for the first time when I was 14. Dreams are made to come true, and just the thought of being able to live your dream is something indescribable! I also love to inspire and make other people happy and for me this is the best way to do it!

Contests and TV shows have played a part in your music career, how nervous were you at your first audition.

Wow…I was shaking like a leaf, the most nervous day in my life! But I dared myself and that’s what life’s about!

The Voice ’11 Kungsträdgården, Stockholm, how excited, nervous were you feeling when you did your live performance in front of a large audience.

I have to be honest with you, I was so nervous that I almost peed my pants haha, but it was after this performance I just knew that this is my calling, and that I’ve really made the right choice.

Who inspires you the most right now, what artist, band influences you in your music?

An artist who inspires me right now is Jessie J. She is such an amazing songwriter, performer and I really like the messages in her lyrics, especially her line “just be true to who you are”.

What comes first the tune or the lyrics for a song, have you ever woken up from a sleep with a tune pounding in your head.

It’s different from song to song, but I always need inspiration to write, most often I come up with a melody with an improvised text that I later enhance. A month ago I actually woke up after having a dream, and I kept hearing a repeating melody in my head so I took the guitar and started to write it down. The song is called “Dreamtime” and is one of my future upcoming songs!

Have you taken singing lessons or were you blessed with a natural singing voice?

During my primary school years I went to a music school called Fryxellska skolan where I sang in a choir and learned to develop my singing techniques!  I’ve never really taken private singing lessons until now.

What do you think the formula is for writing a chart-topping #1 hit?

Write from your heart and make sure that the song has a strong chorus and a wicked hook!

What can Melanie Wehbe fans expect from you in the future, are you working on any albums, new single for 2012?

Right now I’m in the studio working on new material, and it’s so much fun! I will release my 2:nd single at the end of 2012 but in the meanwhile I will keep uploading videos on Youtube, keep performing at different places in Sweden and make sure I’m there for my amazing fans!

What’s your all-time favorite video cover you have uploaded to Youtube?

Wow…tough question but it has to be my cover of Payphone by Maroon5! It’s such an amazing tune and the response from all the viewers have been so positive! It’s also my all-time favorite cover because of the response I got from James Valentine, the guitarist in Maroon 5! He posted my cover on his facebook and twitter, such an indescribable feeling!

Melanie Wehbe lives in Sweden and was recently signed by Samson Music.