My Top 5 Pick Of YouTube Female Talent Back In The Early Part Of 2012. Was I Right Or Wrong?

The groups and solo artists mentioned below are our picks based on their own continuing determination to chase and achieve their individual dreams and goals.

We have not based our views on how long the group or solo artists have uploaded videos to YouTube. Or the number of subscribers they have, covers or original music on Itunes or views on their videos.

Our opinions are based on achievements in an effort to gain notoriety and to be accepted into people’s hearts and minds.

A few have already reached their main goal of being signed by a record label and have engaged management services to help to take them to the next level of their careers.

In No Particular Order, We’re not voting for the top #1 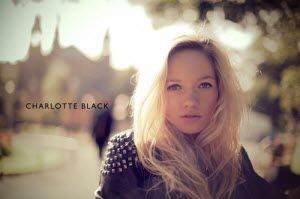 Charlotte Black has a pleasing unique and captivating voice, She is very easy to listen to and sing along with.

Charlotte’s music teacher inspired her to sing solo’s in school productions at an early age when she was living in Luxembourg. And it’s only in the last six months of 2012 charlottes taken up singing lessons to improve her technique.

Charlotte’s not very active at this time, a message left on her FB account says…

“The second my exams are over, there will be LOTS, and I mean LOTS of new stuff on here… I’m just hiding it all away for now”.

So sometime soon we should be seeing a lot more stuff from Charlotte in 2012 and beyond, we hope so or Charlott’s fan base she has worked hard to please so far will start to feel let down and disappointed.

Charlotte has the ambition to be successful, and she recently applied for the UK – X FACTOR. We wish lots of luck, for the upcoming auditions and hope to see her on the second part of the televised auditions that take place in front of the judges.

We recently asked Charlotte to answer some questions her fans and future fans might want to know you can you can read Charlottes replies to our questions by following this link.  Charlotte Black interview on jabberdi 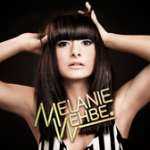 Melanie Wehbe lives in Sweden and was recently signed by Samson Music who was watching her progress some six months before offering Melanie a deal.

Signed by record label Samson Music.
Started working on her upcoming song “Irresistible” and released it on 01/27/12

Melanie says on her website “Contests and TV shows led me to where I am today, and in early spring 2011, I received a request from the Swedish version of American Idol. My gut feeling shouted GO FOR IT! My Idol journey ended at top 30 of 12000 candidates but despite the disappointment, it seemed likely that the dream and perseverance to succeed in the music industry only grew stronger”.

It’s those qualities above; “the ambition to grab at every opportunity that presents itself, sets apart those who just dream against those who achieve”

Jonnie and Brookie a sister duo have been performing from a very young age. They have made many T.V appearances, toured and entertained audiences of 50 to 50,000 people. in many gigs around the USA.

Most of their early stuff seems to have been based on getting a helping hand from Disney. Now it seems they are all grown up, hence the change in direction and a new youtube channel.

Jonnie and Brookie have already experienced a fair amount of success in their younger days. Signs are they now want to branch out and get their music out to a wider audience.

Jonnie and Brookie have released 8 CDs, 3 with all original music. We can expect a lot more from them in the future.

Listen to “Perfect Mine”

If you don’t know who, or have not seen Cimorelli on youtube; what stone have you been hiding under?

The six sisters are working on their new album and should be released sometime in 2012. Their last EP Million Bucks got to number 10 in the Itunes charts.

Nominated for teen choice awards voting ends July 2012 and the show is to be hosted by Demi Lovato…To vote for Cimorelli visit the above link and look for Cimorelli Category: Other, Choice Web Star… 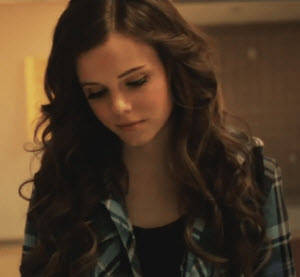 Tiffany Alvord uploaded her first video to youtube at the age of 15, she recorded it in her bedroom with the help of her brother and has gone on to be very popular on youtube.

Tiffany has 124 videos on youtube, she Uploaded her first video to youtube four years ago. 20 of her videos include original songs, she wrote herself. She won $25,000 in a competition run by artistsignal.com and reinvested it back into her music career.

More Interviews with Others…

How to Learn to Sing